Before discussing how a sports bra should fit, it is necessary to understand why a women’s sports bra is required while exercising. In the United Kingdom, the average breast size is a 34D, which is 500g per breast, implying that the typical woman carries 1kg of additional weight. Because the breast lacks muscles and is not linked to any other muscles in the body, it moves independently of the rest of a woman’s body. Because the breast is solely supported by two weak structures: the skin and ligaments known as Cooper’s ligaments, a suitable sports bra is required to provide support, reduce breast soreness, and restrict movement while exercising, particularly when jogging.

Especially Made For Running

Of course, providing support and preserving the bust is crucial, but it should not interfere with general comfort when running. As a result, our design teams pay special attention to two factors: chafing and sweat wicking.

To that aim, we utilize “anti-perspirant” textile components, which on certain models even benefit from ultrasonic perforation. The cross-over straps and muscular back provide runners additional flexibility of movement by releasing the shoulder blades. Finally, the seamless construction procedures reduce the chance of chafing during extended runs. 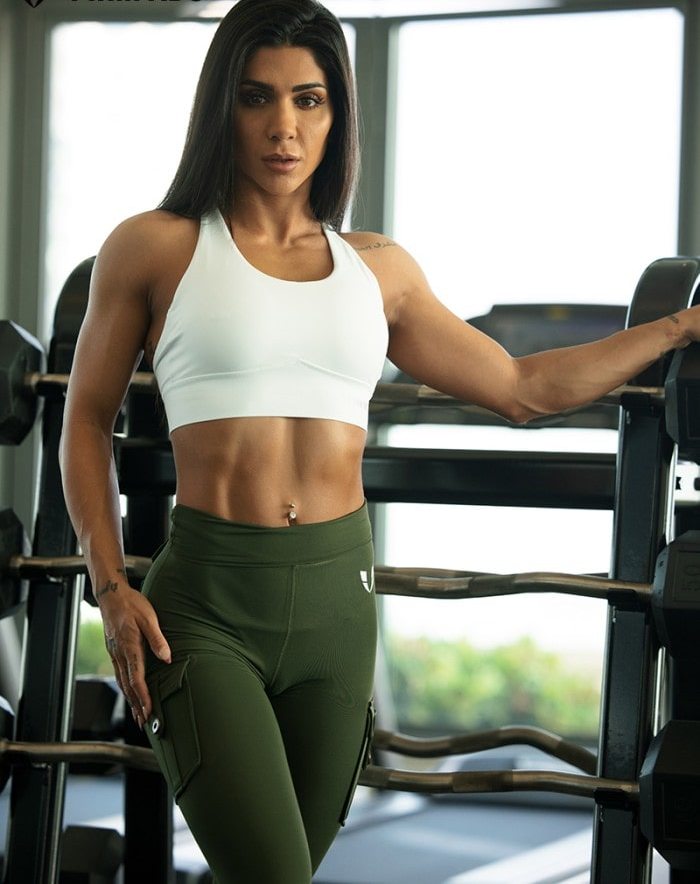 What are the ramifications of not wearing a sports bra?

As previously said, the breast moves independently of the rest of the body, and the skin can withstand a certain amount of pressure. However, if the breast moves by 60% or more, irreparable injury might result, which means that the Cooper’s ligaments and skin will not return to their previous shape after being stretched. This may result in mastalgia (breast discomfort) and breast ptosis (breast sag). This makes a sports bra essential during activity because it minimizes breast injury by preventing the breasts from moving as independently as they would without a sports bra.

It has been hypothesized that not wearing a sports bra might impair performance. According to research, women have to work more with a standard bra than with a sports bra owing to an increase in upper body muscular activity, and if the breasts aren’t correctly supported, the usage of upper body muscles during running is enhanced. A shift in breathing habits has also been seen; without a sports bra, women are more prone to take shallower and faster breaths due to increased pressure on their rib cages.

According to research performed by the University of Portsmouth, running stride might vary when not wearing the proper sports bra or any sports bra at all. They discovered that the stride length was reduced by 4cm, and the range of movement in the arms and body rotation were reduced. All of these adjustments were shown to somewhat alter a person’s foot striking pattern, so ladies should be aware that bringing a sports bra with them to a shoe fitting may be more accurate.

Is A Bra Better Than A Crop Top?

Crop tops are more suited to women with tiny and medium busts due to their structure. They have the benefit of being fast and simple to put over your head and may be worn on their own for summer runs or competitions. Compression provides the majority of the support, since they flatten the breasts against the chest. Because of their curved cups, bras are ideal for bustier ladies. They provide chest support by encircling it without squeezing it. They, like regular bras, come in specified sizes and may be modified for a better fit and support. To assist you in making your decision, we have created a sizing guide for running bras, which is available on each of our product files and in-store.