Probiotics, the “good bacteria” you keep hearing about, are used by our bodies on a range of missions, from quelling digestive upset to maintaining immune function. When our natural bacterial balance gets out of whack, it can trigger various physiological troubles, especially in the digestive tract. To get some friendly bacteria back into our system, many adults take probiotic supplements or consume probiotic-rich foods, such as fermented vegetables and yogurt.

But are these naturally occurring wonder-workers safe for kids when taken as supplements? Probiotics have the unique ability to work miracles in the digestive system and they demonstrate a relatively low occurrence of side effects. Theoretically, they could be employed to treat a slew of ailments that impact babies, toddlers and kids, including:

Sounds promising, right? But, as a parent, safety is no doubt of the utmost importance to you when attempting to make your little one feel better. Let’s take a look at some of the available research regarding children and probiotics to get a snapshot of the safety and efficacy of this intriguing treatment.

What’s the Bottom Line? Probiotics Are Probably Not Harmful

Overall, research indicates that probiotics are not harmful when given to children, even in infancy. In fact, kids get the same friendly bacteria even as newborns, primarily through probiotic-rich breast milk. As they grow, children consume probiotics in foods and milk, even if it’s unintended. While they are generally considered safe, some medical professionals advise against the use of probiotics in people who are critically ill or have immune system problems.

With all of this in mind, you should continue to monitor the ongoing research surrounding probiotics and make informed decisions as the scientific community learns more. Gut health is one of the hottest new frontiers in science, so we’ll undoubtedly see much more research emerge about this topic in the coming years.

How to Give Kids Probiotics

Before you give your child probiotics, it’s a smart idea to ask his or her pediatrician for advice. Your child’s medical history or an existing treatment plan may rule out these supplements as a viable treatment, so it’s always a good idea to consult a doctor. There are a number of kid-friendly probiotic supplements on the market to help you administer safe probiotic supplementation in the form of gummies, powders and capsules at the right dosage. If you’re not comfortable with supplements, you can test the probiotic waters with yogurt and whole milk. 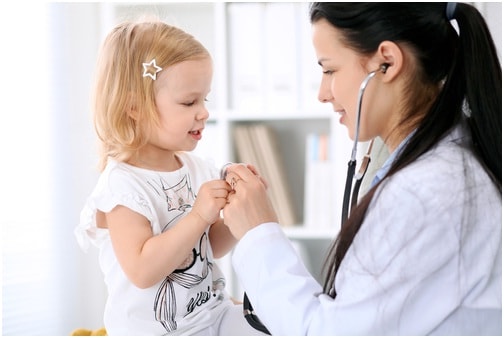 As with anything you give your child, careful consideration should be taken when using probiotics to treat any and all of their health concerns. Because probiotics are considered a relatively gentle way to address digestive issues, and there is no evidence to suggest that they are in any way harmful to children, the risk is low. Working with a pediatrician and closely following dosage recommendations will help ensure that your little one feels great with no added side effects!