If you’re a gamer, a techie, or anybody under 60, you’ve probably heard of World of Warcraft (WoW). This massively popular MMORPG from Blizzard Entertainment has been around since 2004, and is actually the fourth release in the franchise. Even if you’ve never played it, you can read about some of the most important events in novels, and one such event, featuring the Orcs arriving to the world of Azeroth, was even brought to cinemas with the 2016 movie.

If you haven’t played WoW lately, it might be a good time to take it up again. It’s been one of the most popular games out there for years. There are now about 5.2 million subscribers.

The latest game expansion is called Legion. There’s quite a lot you can do in WoW, even after you are done with leveling, questing, and even if you’re not big on raiding. The endgame is quite rich, especially in this expansion, which is why so many players are still around.

One very fun thing that you can do in the world of Azeroth is trying to solve various riddles. Many of those riddles will give you super sweet awards once you solve them. Some are quite easy, while some are very complicated.

One of the most intriguing and challenging riddles that you can finally solve now in Legion, will award you The Lucid Nightmare. It was introduced in patch 7.3, and thousands of players banded together to solve it. It wasn’t easy, but they made it!

“Lucid nightmare” is the accepted term for dreams that are both terrifying and terribly realistic. It’s actually quite fitting for the whole chain of riddles that you have to solve to get this beautiful mount.

True, a unicorn seems a little underwhelming at first. It doesn’t even fly, so where exactly would you use it, right? Doesn’t really seem like it’s worth the effort. However, players have learned that with every new WoW expansion, new zones don’t permit flying anyway, so you will be using it quite a lot.

This mount is particularly special in that it’s the only ridable unicorn in the whole of Azeroth, so it’s not a bad idea to get yours now.

The puzzle chain has been solved by a group effort of the Secret Finding Discord Community Channel, which represents thousands of gamers. Now that the Lucid Nightmare mount is attainable, it will become more common, perhaps even trendy, as sort of a badge of honor. Here’s what to do to get yours.

Here you will learn what you need to do to get your own. Be warned that even with the secret it isn’t quick or easy. Nor should it be. It might take a few hours and it might take several days, depending on how much you play and how fast you can complete each step in the process.

Step 1: Dalaran and the Inconspicuous Note

The adventure begins with a clue contained in an Inconspicuous Note that you will find in Dalaran. The table is located on an upper floor of Curiosities & Moore in the center of town. When you interact with the scroll, it will show a purple brain with some sort of chains around it. The scroll reads:

(These letters will not always rhyme.)

The secret finding society found that this anagram stands for 2009-04-15 – the official date of the Ulduar patch notes.

The next step then takes you to the Scrapyard in Ulduar, where you’ll run into XT-002 Decontructor. In his room, you will find a lever in the northwest corner – this activates the Light Puzzle. This is a 20 x 20 grid of lights where you must activate a most pleasing sign. That sign is the sigil of Mimiron: a gear. When this is done, a new Note appears with your next clue. 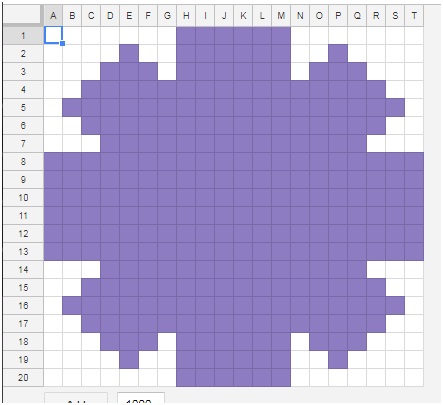 Players have tried various ways to easily activate all the lights and found out that using Windows apps like Excel to draw the gear first is the best option to not get lost halfway.

Once you have done this, the next note appears.

Surely it weighs on the mind.

Proceed to the Temple of Ahn’Qiraj and the room just beyond C’Thun’s chamber. Go up the right-hand stair and click on the Mind Larva to start a WoW Bejeweled Minigame where you have to line up five brains. On completion, the next Note appears:

Step 4: Deepholm and the Chair

Buy or make a Shadoweave Mask and take it to the Eastern or Western Earthshrine and through the portal to Deepholm. Go to the Crumbling Depths Cave and click on the Fissure to enter the Deep Cavern. Here you’ll find the Strange Skull. Equip the mask and interact with the skull to spawn the next Note:

Where the shaded delegate may appear.

Go to Gnomeregan, where you’ll find the 10 Numerical Consoles and Instructions near the Engineering Labs. Set the numbers to 1222176597 and you’ll receive the next Note.

Games and toys are left behind.

When you awaken screaming.

Go ahead to Ash’theran, in Val’sharah. Inside, you’ll find a Nightmare Tumor guarded by Wraithtalon. Use it to launch a game of Eyecraft. Untangling all the lines causes them to turn blue, and another Note appears:

What you seek is buried within.

Go to the Tomb of Secrets at Kun-Lai Summit (coordinates: 53,49) and click on the urn at the foot of the statue near Nakk’rakas. You must consume the ashes of a spirit-binder, whereupon you’re transported to the Endless Halls.

This last phase is the biggest hurdle. It involves a search for orbs and runes through the various rooms you find here. It’s a straight-forward process of bringing the orbs to runes of a matching color, but the search in entirety is complex, and there is no obvious route.

In fact, it’s generated randomly for each player. It also can’t be saved; you must finish in a single session or the whole thing resets and must be repeated.

One of the challenges is that the rooms are all the same: four doorways, and some of them blocked for an experience like navigating a maze. Consequently, the best way to complete it is to draw a map of the rooms and which door you should take from one to the next. If you don’t do freehand very well, some players recommend using an MS Excel spreadsheet to keep track of the floorplan. There are also various addons that can help you here, just make sure that your PC is fully updated before you install them because otherwise they might misbehave.

When you’ve completed the puzzle successfully, a final Note turns up:

The way is now open.

To the greatest secret never told.

A fitting end to your journey.

This sends you to Deadwind Pass and the Forgotten Crypt below Karazhan. You should discover that the gate is already open and must work your way into the Pit of Criminals. Here, atop a mountain of bones, you’ll find a small chest that contains your Lucid Nightmare.

This, in sum, is how to complete the biggest riddle in Legion and secure a unicorn mount for your collection. If you thought about going straight to Karazhan, you won’t find anything there. It would be awfully disappointing if you could simply run off to the Pit of Criminals and claim the prize whenever you wished. You must finish all the challenges first.

Once you’ve added the Lucid Nightmare to your accomplishments, you may be looking forward to the next expansion, Battle for Azeroth. It’s now available for preorder.

How long were you in the Endless Halls? Are you expecting more mounts hidden behind riddles from the next expansion as well?

BIO: Joe Peters is a Baltimore-based freelance writer and an ultimate tech enthusiast. When he is not working his magic as a marketing consultant, this incurable tech junkie enjoys reading about latest apps and gadgets and binge-watching his favorite TV shows. You can reach him @bmorepeters