Environmental protection and climate change are primary concerns for humanity in the 21st century. Climate change is already affecting human health through a range of pathways. These include increased frequency and intensity of heat waves, increased floods, and droughts, and increased vector-borne diseases. They also involve adverse effects on the risk of disasters and malnutrition. The 2003 heat wave in Europe revealed the fact that climate change poses threats to both low and high-income regions.

One factor responsible for the undesirable climate change is our energy generation process. Currently, the energy resources have been split into three categories:

Fossil fuels have remained a major source of energy generation for millennia. It is a general term used for buried combustible geologic deposits of organic matter. These have been converted to oil, natural gas, and coal by exposure to heat and pressure. It presents a problem for two reasons. First, you need to burn fossil fuel in order to use it, which emits the greenhouse gases into the atmosphere. Secondly, it is not an energy source that will last forever.

Nuclear energy comes from nuclear fission and fusion reactions. It generates heat which is then used in steam turbines to produce electricity in nuclear power plants. While nuclear power plants have certain advantages over fossil fuels, there are two concerns associated with it: accidents (safety) and the disposal of nuclear waste; which again poses a threat to the environment.

An alternative to nuclear energy and fossil fuel is the renewable or alternative energy resources. Unlike the conventional energy resources, renewable resources have the ability to replenish themselves. We have at least heard of the popular renewable energy sources; however, most of us are still unaware of all the available options. Here, we provide a summary of renewable technologies and how they are used to protect the environment.

Solar energy is perhaps the most important of all the available renewable energy sources. Right now, two main technologies fall under this category.

Photovoltaic takes sunlight and converts it into electricity using the photovoltaic cells. CST generates power indirectly. Heat from the sun’s rays heats a fluid and produces steam. It is somewhat similar to how fossil fuel works. The only difference is that it produces steam through heat collected from the sun instead of the combustion of fossil fuels.

Due to the technological advancements and an increase in infrastructure, the usage of solar energy has increased manifold. Many companies have come forward to invest in solar energy generation. One such example is the Scoop Company who, with their Scoop app, are helping solar companies to streamline and automate their operations.

Wind turbines use the power of the wind to generate electricity. When wind hits the blades of the turbine, it pulls the blade and turns the rotor like a propeller. The rotor, in turn, spins a generator and produces electricity.

Turbines can be used as stand-alone applications, or they can be connected to a utility power grid. Moreover, they can be combined with a photovoltaic system which would form a remarkably efficient system for energy production.

Hydropower refers to the creation of energy via flowing or falling water. It is the most widely used source of renewable energy with the best-known example being a dam on a river. A dam reservoir stores water which, when released, spins a turbine and activates a generator to produce electricity.

Bioenergy or biomass energy is a type of renewable energy that comes from organic matter. It includes plants, residue from agriculture, and the organic components of municipal and industrial wastes. While biomass energy produces approximately as much carbon dioxide as fossil fuels, the CO2 is removed from the atmosphere every time a new plant grows. So, the total emission of carbon dioxide will be zero as long as plants continue to be replenished to produce bioenergy.

How can renewable energy sources protect the environment?

Usage of the abovementioned resources and renewable technologies can curb the release of the toxic gases and protect the environment in ways discussed below.

Energy generation from renewable sources curbs the release of carbon dioxide in the air. Renewable energy sources such as the sun, wind, and water are present in abundance. You only need the right technology and infrastructure to put the resources to use. Energy generation from non-renewable resources emits greenhouse gases and CO2 emissions that are harmful to the atmosphere. The US alone contributes to 98 percent of carbon dioxide emissions. The usage of renewable sources reduces the carbon emission to a great extent as no burning or extraction is required.

Most of the non-renewable energy resources like oil, gas, or coal are extracted from the core of the Earth. This increases the mechanical and human expense and results in more exploitation of the Mother Earth. Due to constant drilling, their extraction is damaging for nature as well as humans.

The renewable energy resources mitigate the greenhouse gas emissions that are a major contributing factor to global warming. This makes renewables an indispensable ally in combating climate change and its devastating effects on the planet and its inhabitants. It has been noted that the Earth’s temperature has risen by 0.85 degree Celsius since the end of the 19th Century due to the domination of fossil fuel backed industry. This further increases the need for shifting to clean energy generation.

Clean energy generation is eco-friendly and has a very low unfavorable impact on the environment. It reduces the residual waste and further keeps the atmosphere green. It also lowers the rate of carbon footprints. Conventional energy sources, like fossil fuel, pose serious risks to people and the environment in the shape of greenhouse gases and mercury emissions. This threat is highlighted by the loss of over 670,000 people due to coal emissions in China alone.

These are few of the renewable energy resources that have a huge contribution in protecting our environment. With the increase in the utilization of electricity for homes and industrial usage, it is necessary that such eco-friendly energy resources and technologies take over. Until this happens, we cannot address issues like climate change and global warming that concerns humanity today. 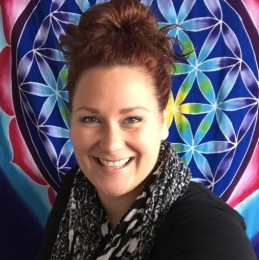 Michelle Joe News Reporter
Author Bio: About Michelle Joe: Michelle Joe is a blogger by choice. She loves to discover the world around her. She likes to share her discoveries, experiences, and express herself through her blogs. You can find her on twitter: @michellejoe524