With iOS and Android becoming the main platforms for mobile app development, the need for creating cross-platform applications has risen. It is appealing to both developers and clients. You usually need to create and develop separate code for both the platforms but cross-platform has eased the task. Therefore, it has gained quite a popularity nowadays. Among the many different cross-platform frameworks available in the market, Flutter is one such framework released by Google which is making the waves in the market.

Google Flutter is a reactive open-source UI cross-platform app development framework released in December 2018. It is based on Dart, which is an object-oriented programming language and uses C style syntax and has features similar to other programming languages. It integrates a Software Development Kit (SDK) and provides its own widgets.

Here are some brief points explaining the pros and cons of Flutter App Development.

Let’s take a brief look at some features that make Flutter better than other cross-platform app development frameworks.

The first and foremost reason why developers love to work with Flutter is the number of in-built features it has to offer. You must consider Flutter if you are a developer as it is easy to work with and would save your time and money.

Usually, an average size Android app takes around 40 seconds to get onto the test device. Android Studio does have a layout preview but it is limited and doesn’t work properly with custom previews. There comes Flutter’s Hot Reload Feature that has changed the game for app developers. It allows the developer to see the current changes instantly and fix bugs that too without losing the connection. It makes Flutter App Development faster, thus reducing the cost and time for app development.

The most prominent feature of Flutter is the Hot Reload Feature, which has contributed to speeding up the app development process. With this feature, you can create outstanding UIs, experiment, and add different tools, fix bugs in real-time.

It allows the developer team to test the code in the minimum time and fix the bugs if any. Alterations made by them are also visible instantly. It enables developers and designers to work together and create an app that looks and works smoothly.

As Flutter has its own SDK and widgets and doesn’t utilize any OEM gadgets, the application execution is working quicker than ever. It also doesn’t have a JavaScript connection unlike other vacillate applications.

However, you do not need any external library, and that guarantees quick productivity with both iOS and Android gadgets. As Flutter is based on a single code base, the task of creating separate codes for iOS and Androids have been reduced. These features enable quick performance in real-time with no compatibility issues.

With amazing features and pros, there come some cons of Flutter App Development. Here is a brief.

The 1.0 version of Flutter was introduced in 2018 with new and advanced features and tools. Modern technologies tend to come up with new features and advancements which are not supported by developers sometimes. They might not want to evolve in that way. It is not completely stable.

Flutter is sponsored by Google and they might use it in their new OS, changing the scenario. Another drop back that comes along with it, is that there are not many Flutter developers as there are for native iOS and Android. Nevertheless, young developers are showing their interest in learning Flutter.

Google Flutter was released with some of its own features and tools which can also turn into a disadvantage. As it has a separate UI rendering nature, it can add certain limitations.

There are also few things such as video implementation which look different on the iOS system. Some features are not supported by Flutter and for that, you have to create a native Flutter view for text on iOS and then embed it in Flutter. Though these problems can be solved, they are time-consuming.

Some of the biggest advantages can turn into disadvantages in real-time. The Google Flutter provides a separate SDK but it only supports mobile applications and does not support web browsers. Along with it, it does not offer the maximum device and platform flexibility which is a serious issue for any developer.

The limitation of Flutter’s library is another big drawback that developers have to deal with. They will have to build these libraries themselves which consumes a lot of time and is quite tedious. Nonetheless, it might come up with better options in the future.

If you are a serious app developer, then you must be aware of the above facts if you are using Flutter or are looking forward to it. Flutter has changed the game since the day it was released. Though it still holds certain cons, it certainly has some features that other cross-platform frameworks are yet to come up with. Whether you consider using Flutter or not, it is here to stay in the long run. The fact that it might come up with new features and advancements is waving the app development market. 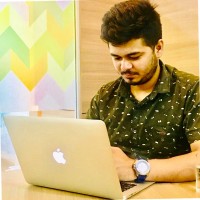 Mr. Anup Kumar is the Co-Founder of TechGropse Pvt Ltd. He has long-term experience in the Software Industry and holds his expertise in many different technologies. Also, Mr. Anup has authored many blogs on different topics of the industry such as flutter app development, Wearable app development, blockchain, etc