The animal kingdom consists of the two million animals and has all three combinations as in smart, lazy, and just dumb. What you see in animals is what you get just as you see in humans.

These different acts you see in animals tells you of their behaviors. You can tell if an animal is dumb by the way they behave in their habitat.

The dumbest animal in the world is a Sloth. By far the slowest animal out in the wild and Sloth means slow, so this animal fits the title. They climb trees with their stretched-out arms and in a slow movement. A Sloth is found in rain-forests mostly in South America and in Central America this type of climate suits the needs of a Sloth.

A close relative of Anteaters, there are six species of Sloths and it is interesting to know that on each rear limb there are three toes.

Behaviors of a Sloth

On the ground Sloths are weak and helpless. They are good swimmers and have thick coats to collect algae. The algae provide nutrients to the Sloth making a camouflage while up in the tree. It is not seen by predators.

Sloths can weigh up to seven and a half kilograms and over thirty-one inch in length. Their heads are somewhat rounded and have small ears. Stubby tails and hearing aren’t good.

The slowest and dumbest animal on earth and spends most of their time sleeping on the barks of trees.

The body temperature of a Sloth is low as the metabolism. When the Sloth is active their body temperature is slightly higher than thirty-four degrees. Temperatures vary in the different environments. The hairs on the body of the Sloth grows further away from the toes and limbs. Solitary animals that don’t interact with other animals.

Activities of a Sloth

Sloths are adapted to trees for hanging and to grasp on tree barks.

There is no effort in hanging upside down trees.

Since they can’t walk when climbed down from trees, they crawl their way to the ground.

The two-toed Sloths are omnivorous, while the three-toed Sloths are herbivorous which are plant eaters. Meaning omnivorous eats, a wide selection of insects, fruits, leaves and little lizards. The moths that live in the Sloth’s fur lay their eggs there. This process is to help promote the growth of algae for the Sloth.

The main food for Sloths is leaves, but Sloths are large and have a few stomachs to break down their meals to digest easily. The process to digest takes a month to be over with.

The Pale to brown three-toed and a Sloth mates when in season. Born after six months and cling to their mother for at least five months.

Some Sloths mistake their long arms for tree bark and end up falling down to their deaths.

As cold-blooded creatures they enjoy the sun. Slow and fail at just about everything in their lives. Sloths are lazy, dumb and fall into the hands of humans for their claws.  A Sloth is slow, has no care in the world and has a slow mind to think of anything else but to lie up in tree barks and eat what leaves it has up in a tree.

The characteristic of a Sloth involves not much activity except for swimming. It is successful in the environment and the six species found in the rain-forests adapt to such environments. The life span of Sloths is not known but can live up to sixteen years with humans. In the wild it is not proven as yet. 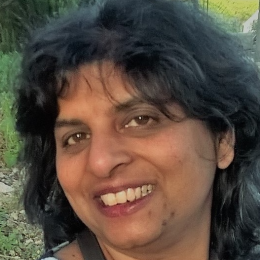 Devika Primic News Reporter
I am an experienced writer. I am proficient in the English language and have extensive knowledge of online writing. In the many years of writing, I have become accustomed to the challenges and research my work to give you what you want. I discovered how to write in the areas of content writing, ghostwriting, product reviews, blogging, SEO, niche writing and as a published author, I have gained a solid platform to an audience. I have great interest in working for you and am able to meet your needs. I am a fast writer, can meet and give quality and original work as requested. I share my experiences and writing began for me when I moved to Croatia. The many challenges I had learning a foreign language taught me many different ways to live in the southernmost part of Croatia. I read, I write, and with thorough research I write about certain topics. Writing has always been a bigger part of my life. I started writing in 1997, but it wasn't until 2008 that I published the best of my work online.