1 in 5 people in the U.S. are of Asian heritage, yet they account for less than 2 percent of CEOs leading Fortune 500 companies. Though few in number, these leaders are making a big impact.

We bring out a list of 9 extremely talented, hardworking and inspiring Asian-American corporate leaders who are making a big difference. Prior to starting his own company, Tommy had a successful career with CDW.

Previously, he was the Chairman of the board for YPN, and he’s the former associate board VP of Chicago Gateway Green. Tommy is the recipient of the CAR community service award in 2014.

Tommy has a Bachelor’s degree in Business Marketing from the Bradley University.

He grew up in the Mayfair, North Shore, and Lakeview neighbourhoods of Chicago. Now, he resides in Southport Corridor with his wife and three daughters. Dr Karen Eng is the CEO & President of CSMI.

Before joining CSMI, she practised optometry at Accuvision and Lake Zurich Eyecare.

For over 4 years, Dr Eng has focused on promoting girls and women with an emphasis on STEM (Science, Technology, Engineering, and Mathematics) education. she has board positions for the Ann & Robert H. Lurie children’s hospital, Illinois college of optometry, and girl scouts of greater Chicago and northwest Indiana. Karen is also a member of business enterprise council for minorities, females and persons with disabilities for the office of the governor of Illinois and sits on the advisory committee on Asian Americans for congresswoman Tammy Duckworth.

Karen is a graduate of the University of California, San Diego with a biochemistry and biology degree and a doctorate of optometry from the New England college of optometry. Mr Sundar Pichai is the CEO of Google Inc. since 2015.

He has more than 15 years of experience in developing high-tech consumer and enterprise products. Sundar got his start at Google in the year 2004, building the Google toolbar. The toolbar allowed Internet Explorer and Firefox users to make Google their default search engine. Later, he took over Chrome, the world’s most used web browser. Mr Pichai eventually became vice president, then senior vice president in 2013 when he added Android to his portfolio.

He completed his B.Tech in Metallurgical Engineering from IIT Kharagpur, India. He also studied materials science and semiconductor physics from Stanford University from where he eventually earned his M.S. He went on to complete his MBA from the Wharton School of the University of Pennsylvania, where he was named a Siebel Scholar and a Palmer Scholar.

Following the completion of his MBA, he was appointed as a management consultant at McKinsey & Company, after which he joined Google in 2004.

He was born in Tamil Nadu, India in the year 1972. He is married to Anjali Pichai and is the father of two children. Mrs Indra Nooyi is the current CEO of PepsiCo.

She is responsible for 22 brands selling in over 200 countries with 198,000 employees. She joined the company in 1994 and became president and CEO in 2006. In 2007, she assumed the additional role of chairman. She was on no.15 of the Forbes World’s 100 Most Powerful Women 2015. Mrs Nooyi is the architect of PepsiCo’s multi-year growth strategy.

She has been the chief dealmaker for two of PepsiCo’s most important acquisitions: the Tropicana orange-juice brand and Quaker Oats.

Outside of PepsiCo, she serves as a member on the boards of U.S. – China Business Council, U.S.- India Business Council, The Consumer Goods Forum, Catalyst, Lincoln Center for the Performing Arts, The Peterson Institute for International Economics, and Tsinghua University.

Mrs Nooyi holds a bachelor’s degree from Madras Christian College, an M.B.A. from the Indian Institute of Management (IIM), Calcutta and a master’s degree in public and private management from the Yale University.

Mrs Nooyi resides in Greenwich, Connecticut and has two daughters. Mr Satya Nadella is the Chief Executive Officer of Microsoft.

Before assuming the position of CEO in February 2014, he has held leadership roles in both enterprise and consumer businesses across the company. Joining Microsoft in 1992, most recently he was executive vice president of Microsoft’s Cloud and Enterprise group. In this role, he led the transformation to the cloud infrastructure and services business. Previously, he led R&D; for the Online Services Division and was vice president of the Microsoft Business Division.

Before joining Microsoft, Satya was a member of the technology staff at Sun Microsystems.

Originally from Hyderabad, India, Mr Nadella lives in Bellevue, Washington. He is married and has three children. Mr John S. Chen has been Executive Chair and Chief Executive Officer of Blackberry, Ltd., a provider of mobile infrastructure, since 2013.

He was raised in Hong Kong until his teenage years, after which he attended a college preparatory high school in Massachusetts, U.S.A. Mr Shantanu Narayen is the CEO of Adobe Systems.

As Adobe CEO, Shantanu led the successful transformation of Adobe, moving its creative software franchise from the desktop to the cloud, while creating and leading the explosive digital marketing category. He is a board member of Pfizer and U.S.- India Business Council and was named as one of the world’s best CEOs by Barron’s magazine in 2016 and 2017.

He started his career at Apple, after which Narayen served as director of desktop and collaboration products for Silicon Graphics. He then co-founded Pictra Inc. a company that pioneered the concept of digital photo sharing over the Internet.

Shantanu has an undergraduate degree in electronics engineering and a master’s degree in computer science from Osmania University (India). He did his MBA from University of California, Berkeley.

He’s originally from Hyderabad, India and currently resides in Palo Alto with his wife and two sons. Ms Diana Sands is senior vice president of the Office of Internal Governance and Administration for The Boeing Company and a member of the company’s executive council.

She is responsible for the advancement and implementation of Boeing’s internal governance policies and plans. Sands also chairs the company’s Enterprise Services council which is responsible for driving cross-functional alignment of all internal services and providing optimised service delivery globally.

Sands previously worked in Corporate Treasury, where she was responsible for financial modelling and analysis related to capital structure, equity and fixed-income valuation, pensions and cash deployment.

She joined Boeing in 2001 from General Motors Co., where she served as director, corporate financial planning and reporting, and had various brand finance roles. Previous to that she held financial positions at Ameritech Communications, Helene Curtis and Arthur Andersen.

A certified public accountant (CPA), Ms Sands has an MBA from Northwestern University’s Kellogg Graduate School of Management and a Bachelor’s of Business Administration (BBA) with an emphasis in accounting from the University of Michigan.

Sands serves on the boards of the Ounce of Prevention Fund, World Business Chicago and the Catherine Cook School.

She lives in Chicago with her husband and two children. There’s a common belief that Asian-Americans may be hired in large numbers by tech companies, but they are least likely to be promoted into managerial and executive ranks. Still, tech giants like Google, Microsoft and Blackberry are run by Asian-American CEOs. The visibility of Asian American leaders in tech companies has not gone unnoticed. 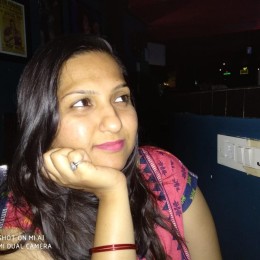 Aarti Chandela News Reporter
Aarti Chandela is a Content Writer at eSolutions Group. With over 3 years of experience in web content writing and blogging, she often writes about topics related to outsourcing, digital marketing, finance, etc. Aarti has interest in the areas of SEO and social media marketing. In her spare time, she loves to cook.