Going rural sounds awesome. City dwellers will certainly love it if they get a chance to buy a property in the UK’s countryside. Every year, the lush green fields and wide open spaces attract a lot of visitors. Londoners, in particular, look for easy weekend getaways in order to spend some time away from work in order to refresh and rejuvenate themselves.

Life in the countryside is quite uncomplicated. City life can get quite overwhelming at times. For some, the hustle and bustle of city life is just too much to take. City dwellers want peace, serenity, and relief. They want some time off-work to get a hold of themselves and to chill-out. The pace of life is slow, the air you breathe is fresh. All of it is so much more tempting.

Here are a few lesser-known benefits of living in the countryside:

Dial ‘G’ for greenery and dial ‘P’ for peace

There’s nothing like greenery. Lush green fields are the best medicine for those who are tired and sick of the endless hustle and bustle the city life has on offer. The wide open spaces are not merely pretty, but also provide emotional peace. According to studies, psychological problems are less likely to occur in the countryside. The major reason behind this is believed to be a relatively low and slow pace. For city dwellers, each and every situation is a race against time. There’s a lot to be achieved and the time at hand is less.  Everything in a big city is bound by deadlines, but life in the countryside is different. There’s always plenty of time at hand to accomplish tasks. Nobody seems to be in a hurry.

The possibilities of getting mugged are less

According to statistics, the rate of violent crime across rural areas in the US is significantly lower when compared to cities. Back in 2012, the rate of violent crimes reported across metropolitan areas stood at 3.2%. On the contrary, the crime rate was just 2.1% in rural areas. Also, crimes such as murder, rape, and property thefts are much lower in rural areas. Here’s an interesting statistic. Burglary rates across the various rural areas in the US are higher. More space between properties is believed to be a major reason behind that.

The cost of living happens to be low

Many people deliberately opt for a life in the countryside because of the lower costs of living. It’s not at all surprising to note that the cost of living in the countryside is significantly lower than the cost of living in big cities. Research studies state that in Pennsylvania, the average urban resident spends 6% more on almost all the major categories of goods such as housing, transportation, healthcare, groceries, utilities, etc. compared to his rural counterpart.

Leaving the city and moving to the countryside is a big decision. Generally, city dwellers take a good amount of time in order to get accustomed to rural lifestyle.

1. Ask yourself: ‘Do I really want to leave the city life behind’?

You can’t leave behind city life just because you’re tired of driving over long distances in order to get to work. A move from the city to the countryside would need to you to change your lifestyle drastically. For instance: You won’t get access to Wi-Fi in the countryside. Wi-Fi and high-rise shopping complexes aren’t a feature of the countryside. Also, if you’re a resident of Gloucester, then you will get to see many industrial buildings in Gloucester, but no high-rise buildings are there in the countryside. There’s every possibility that you might miss the glorious skyscrapers once you move to the high country. So, it’s advisable to think wisely before deciding to live the country life.

Do you harbour a dream of building a brand new house in the UK’s countryside? If that’s the case, then you’ll have to wait longer than expected. Also, the existing houses in the countryside are way too old and lack basic facilities such as septic tanks.

3. The Neighborhood isn’t all that happening

Urban neighbourhoods are full of life. There’s something happening all the time. The apartments in urban areas are brimming with people. There’s someone coming or going frequently., but a rural neighbourhood is completely different. They are silent and peaceful. There’s a considerable amount of distance between two houses in a rural setup. You don’t have many people to talk to in a rural setup. Also, internet connectivity is also an issue. Not all countrysides have internet facilities on offer. It means you cannot find your way in case you’re stranded in the middle of nowhere.

Things you can do while living in the countryside:

You won’t get to work in 8-hour shifts if you make a move from the city to the countryside. Also, work in the countryside isn’t bound by deadlines. You can work for as long as you want.

Owning a farmland in order to breed horses happens to be a great idea. You can even set up a small grain and hay business if your pocket allows. Also, not to forget the horses. Horses are loyal companions. You can breed and raise horses in the countryside. There’s nothing as thrilling and adventurous as riding a horse while treating your senses to some breathtaking scenic beauty. Frankly, this is the best part of living a country life.

To draw the curtains

Much like anything and everything else, living in the countryside has its own set of pros and cons. All of it is dependent on what you want in life. If you’re a youngster who wants to experience the ups and downs of life, then country life is not for you, but if you’re a working professional nearing retirement, then you might want to live in the countryside for the rest of your life. 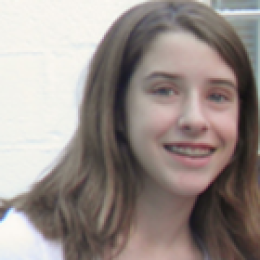