In 2010, Istanbul was named the European Capital for Culture. This comes as no surprise given the fact that Istanbul has been at the heart of two great cultural empires. As Constantinople, it was the capital of the Byzantine Empire, and as Istanbul, it was the capital of the Ottoman empire. As a result, its heritage interior design consists of an infusion of different historical stylisms. It’s rich in culture and is instantly recognisable by its defining features of mosaic tiling, use of copper accents and seamless flows of Oushak carpets throughout the home.

The notion of national identity can sometimes be used out of context. The identity of a nation and its inhabitants is preserved through its cultural and historical heritage. Often this can take the form of language, song, food and clothing. For Turkey, these things matter. But what ties today’s generation to its ancestral past, is the constant reminder of their cultural design history-  found in the interior of traditional Turkish design.

Original Turkish blue and turquoise Iznik tiles are the staple element in its heritage design. Their place in Turkeys heritage came to assert itself in provincial towns, echoing sounds of evolution in forms and taste that spread from the capital of the Ottoman Empire to the surrounding territories.  This marked the decline of Byzantium. Unlike brick, these glazed monochrome tiles were preferred for indoor applications and were highly suitable for a multiplicity of geometrical arrangements. They are found in practically every room of the Turkish household, creating a seamless journey of mosaic splendour.

Entwined in the Turkish heritage of design are clear and flamboyant notions of Byzantine opulence. Ancient ruins which once towered over Constantinople, are now only remnants and fragments of its foundation. Its heritage on the other hand, is still as remembered and celebrated through design every day. The architectural concept of Hagia Sophia was constructed to symbolise the transition from earth to heaven; represented by the central dome that crowned the building. Today, a common feature found in most interiors of the traditional Turkish home is the Quatrefoil shaped mirror, which is evocative of the Haig Sophia and Byzantine design.

The Turkish Oushak rug is one of the few items that adorn most if not all Turkish homes. Rugs throughout the ages reflect many different images, and most utilise the Gördes symmetrical knot. The city of Uşak was a major centre of rug production during the early days of the Ottoman Empire and some factories remain there today. The Turkish Cultural Foundation was established to support the preservation and promotion of Turkish culture and heritage worldwide. It actively contributes to our understanding of historical Turkish carpets. Often the interior of a room can be made complete and drawn together by the addition of a rug. A traditional Turkish rug has the capacity to define your space, and add warmth and texture.

Turkish coffee has a rich traditional culture. From its special preparation and brewing techniques, to its underlying sentiment of hospitality, friendship, refinement and entertainment. As the Turks say, “to drink one cup of coffee together, guarantees 40 years of friendship.” Turkish coffee tradition is considered as a symbol of mystical intangible cultural heritage. The grounds left in the empty cup are often used to tell a person’s fortune.

With such emphasis on this pastime, the equipment used to produce and consume Turkish coffee has become a defining feature of what makes the interior of a traditional Turkish home. Copper plays an important part in Turkeys decorative identity. Copper Turkish coffee pots- Ibrik- and copper cups and saucers can be found on display, held up by a decorative copper tray, even when not in use. Giving the room instant warmth, elegance and rustic glam.

The çeşm-i bülbül derived from the Ottoman filigree glass technique and paved the way for what we now associate with Turkish light design. Turkish lamp is one of the traditional means of lighting in Turkish culture. It was an important symbol of civilisation and wealth. Turkish lamps and Chandeliers are used to create a warm ambience of romantic intrigue. A multitude of glistening colours and mosaic patterns can be found hanging from ceilings or stood proudly in most Turkish interiors, and are a fundamental component of the Turkish national identity.

An important subject to be remembered in the world and in Turkey too, is the preservation of cultural values, so that these can be handed down to future generations. Turkey has 16 cultural entries in UNESCO’s List of the Intangible Cultural Heritage of Humanity. Amongst these include; Turkish coffee culture and tradition- ratified in 2013, Ebru, Turkish art of marbling- 2014, and Traditional craftsmanship of Cini tiles- 2016.

UNESCO encourages the identification, protection and preservation of Turkey’s cultural heritage by promoting countries to sign the World Heritage Convention, and advocates international cooperation in doing so.

Turkey’s heritage interior design owes much to its cultural manifestation in knowledge and craftsmanship. It is passed on from one generation to the next. 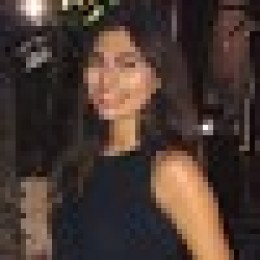