You care about our planet. That’s why you recycle. It’s why you use paper or reusable bags at the grocery store. It’s why you even tried composting that one time. But have you ever stopped to think about how much you could help our environment with your toilet use? Say what?!

It’s true. You can help Mother Earth, and improve your own health, by doing something as simple as re-thinking your bathroom behavior.

Every year in the United States, 9.1 million trees are used to manufacture toilet paper.  That’s a lot of trees. Think about it: Central Park in New York City boasts about 18,000 trees. The city of Burbank in California has about 33,000 trees. Imagine wiping out every tree in Central Park and Burbank and still having to chop down over 9 MILLION more trees just to make a year’s supply of toilet paper. And keep in mind, toilet paper is a product we quite literally flush away. Talk about waste! (Pun intended.)

Luckily, we have an eco-friendly alternative: bidets. Bidet toilets have come a long way since they were invented in the 17th century. However, most Americans still think of them as some strange bowl French people squat over after using a regular toilet. That image of bidets is about as current as a telegraph machine.

Today’s bidets largely serve as replacements for your regular toilet seat. Many of them come with fancy bells and whistles, including heated seats, air dryers, automatically opening and closing lids, and endless options for the kind of wash you’d like. Most bidets can be easily installed by yourself. You just take off your old toilet seat, attach the bidet, plug it in, and voilà, you’ve just found the most superior, most eco-friendly way to clean yourself after using the restroom.

Let’s discuss some of the health benefits of using a bidet first. Bidets literally wash away bacteria from our sensitive areas. You can’t necessarily say the same about wiping with a dry wad of paper. Think about it: if you spilled a can of Coke on your arm, would you dab it with a dry paper napkin and consider it clean? Of course not. You would rinse your arm in the sink because you know that if you didn’t, you’d feel a sticky residue on your arm the rest of the day.

Your posterior is no different. Yet for some reason, here in the U.S., we’ve tricked ourselves into believing we are clean after defecating or urinating just by dabbing the region with paper. It may surprise you to find out that we’re one of the few countries left on Earth who believes this myth. Bidets can be found in most bathrooms in Europe, Asia, Africa and the Middle East. Italy finds them so important to physical health that they passed a law in 1975 requiring at least one bidet in every household. It makes sense the Italians would do such a thing. Leftover bacteria on our sensitive regions can cause health problems for men and women – health problems that could easily be avoided with bidet use! For example, the majority of UTI’s in women are caused by e.coli bacteria. When used properly, the simplest and even the best bidet can rinse that bacteria away. Similarly, left-behind bacteria can cause bacterial prostatitis in men. Again, easily avoided by washing the bacteria away with a bidet. Best of all, both men and women can help avoid colorectal problems that would otherwise send you to the doctor by keeping a bidet-cleaned-posterior.

Besides hygienic superiority, bidets offer comfort. Any woman who has recently given birth will tell you that a bidet cleaning with soft, warm water is highly preferable to wiping a painfully sore area with abrasive paper. People with medical issues such as constipation rely on the enema wash setting on bidets to help ease their discomfort. Older people, or those who’ve suffered an arm, wrist or shoulder injury, will tell you that bidets offer them bathroom independence. By pressing one or two buttons, these people can clean and dry completely on their own.

Back to the environment – as we discussed earlier, bidets save money and trees because people can either completely eliminate or greatly reduce their reliance on toilet paper.  Further, bidets also reduce energy consumption and save water. While it’s true that bidet accessories like heaters and dryers do consume electricity, it’s a minimal amount compared to the amount of energy that goes into making toilet paper. Plus, you could always elect an extra eco-friendly bidet that doesn’t offer electricity-consuming options. Best of all, water-wise, bidets use a fraction of the amount of water that it takes to make toilet paper. Did you know it takes about 255 million gallons of water to create the 34 million rolls of TP Americans use on a daily basis? It’s true.

All in all, in purchasing a bidet, you’re not only doing the right thing for the environment, you’re making the best choice for your health. Your bum and our planet will thank you! 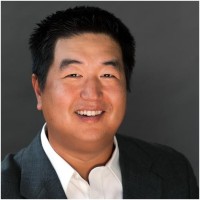 Jensen Lee is the Founder and Managing Member of bidetsPLUS, an online retail store specializing in bidet toilet seats. Prior to bidetsPLUS, Jensen held management positions in technology-related fields, in both the U.S. and Europe. He has held the position of Product Manager of Global Network Services for British Telecom. Most recently, he held the position of Executive Director of Product Marketing at AT&T Interactive, AT&T’s internet advertising division.