Developers actively use React and Angular. Starting with web development, the question always arises — what to choose React or Angular.

In this guide, we’ll discuss the tech sides of both tools, along with their popularity.

Short Overview of React.js and Angular

First of all, let’s single out the general data about React and Angular.

React.js was made by Facebook as a front-end Javascript library to create user-friendly interfaces. React utilizes a declarative style of programming.

This tool allows figuring out the look of the app. It’s possible to use React for developing web apps, native-rendered apps, and mobile applications.

Such enterprises as Instagram and Netflix have chosen React for their tech solutions.

In this guide, we’re discussing Angular 2, not AngularJS. The last one is a different and older framework.

These days, software development teams tend to use Angular 2 as an umbrella term for all the versions of Angular (there are Angular 2,4, 5,6, 7, 8, and 9).

So, what is Angular 2? It’s an open-source framework that is utilized for developing web apps and hybrid apps. This framework is made using Type Script by Google.

Angular is a full-fledged toolkit that helps developers create scalable apps. Such enterprises like Xbox, Forbes, and BMW choose Angular for front-end development.

Tech Sides of Angular and React

React.js uses virtual DOM (Document Object Model that allows changing the document content, layout, and structure). As for Angular, it works with a real DOM.

However, Angular has one small drawback. Due to real DOM, the apps can work slower, managing a lot of information. 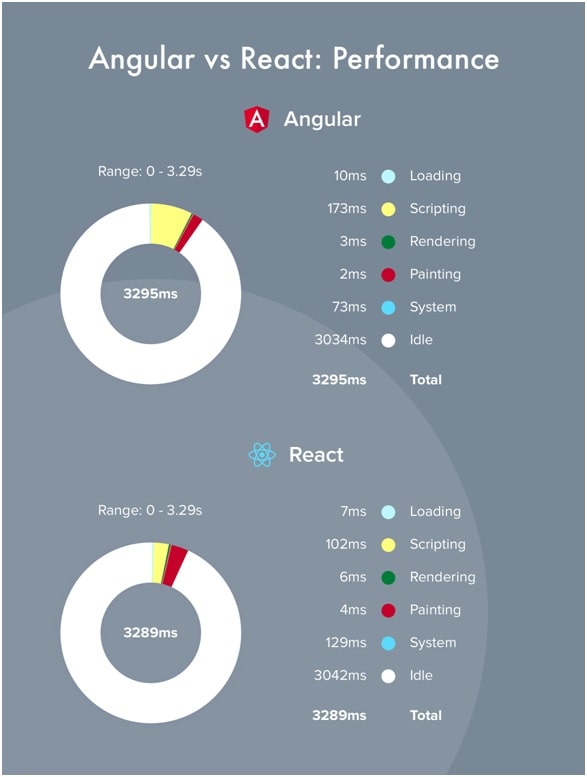 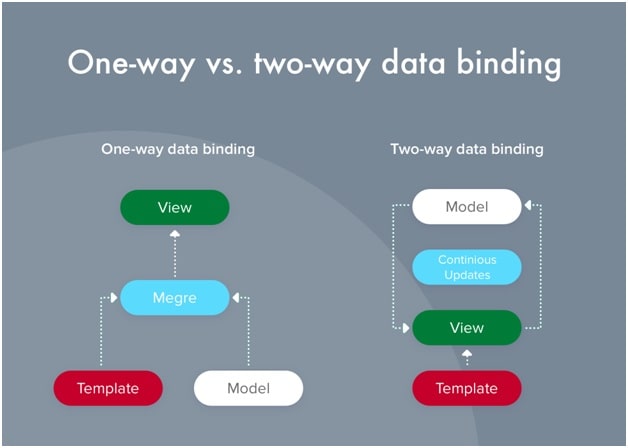 To create architecture on React, you need to use the following tools.

Angular also has a bunch of tools to integrate during web development. 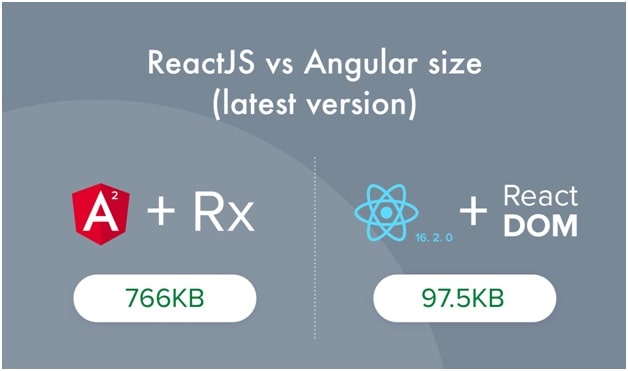 Every developer needs an opportunity to update the architecture to add new modules and libraries.

What’s the main difference between React and Angular? It’s impossible to switch from Angular 2.0 to 7.0. The developer has to install updates one by one.

As for React, since it’s a library, it’s possible to add various releases of the library to the app and update the old ones.

Starting a web development, you need to consider the project scalability beforehand.

React relies on third-party tools in comparison to Angular. So, it can be easier to develop architecture based on React. Such giants as Facebook and Instagram use React to offer good scalability.

However, Angular has all the basic features developers can need for scaling the application.

React vs. Angular: What about Popularity?

Stack Overflow named React the most wanted web framework by developers (74.5%). Angular has a lower rate — 57.6%. Here are some details:

Below you can find GitHub rates to understand the real popularity of these tools. 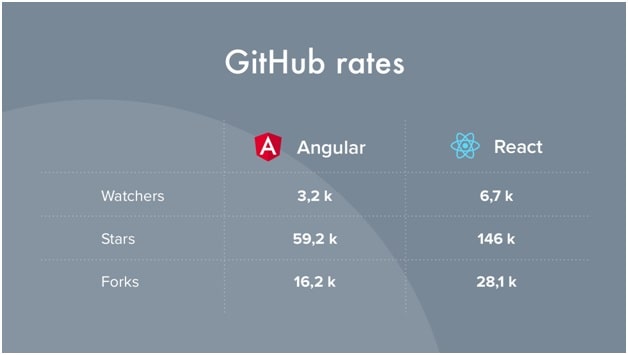 The report from stateofjs.com survey (21,717 respondents) shows us:

One more survey from JetBrains (7,000 developers) discovered the following information:

As you can see, React is more popular among developers these days.

Projects Built of Angular and React

A lot of enterprises use React and Angular to build scalable web solutions. Below we’ve listed the biggest projects developed with the help of these tools.

What to Use for Web Development: React or Angular: The Bottom Line

To sum up our post, React and Angular are popular and powerful tools that are actively used for web development.

Both tools are perfect for web development despite their advantages and disadvantages. They speed up the development process that allows reducing web app development cost.

These days, most developers choose React since it gets great support from the engineers’ community.

Software builders claim that React is better due to its virtual DOM integration and rendering optimization. Also, they say that the migration between React’s versions is easier in comparison to Angular.

Additionally, React has a bunch of cool third-party solutions. As a result, the development process is faster, and the amount of errors is reduced. 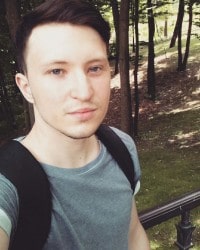 Vitaly Kuprenko is a writer for Cleveroad. It’s a mobile and web development company with headquarters in Ukraine. He enjoys writing about technology and digital marketing.

How the SMS Campaign has Come of Age

Many have argued that customers and clients are fatigued with texts and SMS's, and there is some truth in this. However, the text has changed, and this is no longer…

How to Fix Errors on Gaming Softwares

A computer can greatly assist in resolving bugs and glitches and provide you with endless gaming hours. There are many amateur gamers who spend hours playing their favorite games without…

COVID-19 has been a major game-changer for corporates which saw a drastic change in how their workforces are managed. The majority of employees were forced to work remotely, and corporates…

El Paso is a true melting pot of cultures. Located on the border with Mexico, the Sun City has a strong Anglo-American, Hispanic and Native American cultural heritage. El Paso…

If you’re in Kentucky and are trying to sell your home, you should do anything you can to extract as much value from it as possible. Before you decide to…

How the SMS Campaign has Come of Age

How to Fix Errors on Gaming Softwares