Drinking beer or wine has always been an integral part of social events. People gather for a dinner party, and there’s a wine to go with the dishes prepared. People attend parties and there’s beer served, ranging from popular brands to lesser-known but equally satisfying craft varieties. These alcoholic beverages are staples of gatherings for a variety of reasons.

For starters, they serve as a social lubricant. It’s easier to communicate with people if you’re a little tipsy and, therefore, more confident. Plus, wine and beer taste great—at least for people who have acquired an affinity for them. That’s worth mentioning because wine or beer is not everyone’s cup of tea.

But to those who’ve grown to love wine or beer, these beverages have reached water status in terms of necessity. Whether you’re a beer or wine drinker or both, you probably have these beverages at hand for when an occasion calls for you to pop open a bottle. You might even be considering taking your penchant for social drinking to the next level by brewing your own wine or beer.

Both wine and beer brewing require creativity—that is if you want to produce something exceptional.

You need to experiment with ingredients, for instance. With beer brewing, the yeast strain you use will have an impact on the final product. The same goes for wine brewing, where your choice of grapes will affect how your homemade red or white will taste and smell. Think of wine and beer brewing as cooking, where you go through trials and errors until you perfect the specific flavor you’re gunning for.

Another similarity is the need for homebrewing supplies. You can order ready-to-use brewing kits for both your beer and wine projects. That simplifies the process and lets you focus more on gathering quality ingredients and plotting your fermentation technique.

Speaking of fermentation, it is perhaps the most obvious similarity between wine and beer brewing. Both processes rely on fermentation. It is a chemical process by which molecules are anaerobically broken down. In both wine and beer brewing, glucose is broken down to produce alcohol. That’s the source of the kick you get from drinking wine or beer.

Mind the storage process. Whether you’re making beer or wine, your containers should be sealed as tightly as possible. All alcoholic beverages share a common enemy– that’s oxygen. Exposure to oxygen will spoil your creation.  Storage temperature should be controlled too. Your safest bet is keeping it at 15° C (59° F).

Wine comes from sugary fruit, such as grapes. Meanwhile, beer originates from grains. Go-to grains for beer brewers include malted barley, wheat, rice, and corn. Instead of grains, hops are sometimes used for beer brewing too.

Wine brewing is more straightforward compared to beer brewing. That’s because of the natural sugar present in grapes. They break down or ferment even with just the help of the air’s ambient yeast.

For beer, the process tends to be more elaborate given how grains have carbohydrates instead of sugar. Those carbohydrates have to be broken down to produce sugar, which will jumpstart the fermentation process. This is done by mashing grains and mixing them with hot water. This will result in the appearance of wort, which eventually turns into the beer that you love.

Beer brewing includes carbonation. That’s a rule of thumb. For wine brewing, carbonation is not necessary although some people like making and drinking carbonated wines. Think sparkling wine.

For beer brewing, your main container is a large pot. Ideally, it’s BPA-free and made of stainless steel. This container will be subjected to high temperatures, so you want it to be suited for the job.

With winemaking, a pair of buckets will do. These buckets can be made of whatever safe material you have at your disposal. They won’t be used for heating fruit extracts. They’re mere storage to carry out the fermentation process.

In terms of sanitation, beer brewing is more demanding. Since grapes naturally ferment, you can afford to be a little sloppy and it won’t make a difference in the final product. The same cannot be said about brewing beer. One mistake, such as using less than stellar water, can spoil the result of your efforts.

Lastly, beer brewing is more controllable than winemaking. It’s easier to reproduce the same beer flavor twice or all the time. Meanwhile, for wine, many variables can change the taste and aroma of the final product.

Deciding to brew your wine or beer, or both, for that matter, takes dedication and creativity. While the process is not as complex as rocket science, you still need to have a keen attention to detail.

Start by gathering quality beer and wine-making supplies. Explore different processes of fermentation to come up with unique flavors and aromas.

If you stumble upon a winning concoction, you might just end up with a patent that will turn your hobby into a moneymaker. 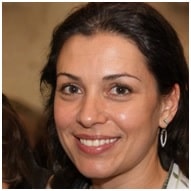 Daisy Oliveira is the Assistant Marketing Manager of Danny’s Wine & Beer — a wine and beer supplies company, committed to being one of Ontario’s leaders in providing an unbeatable wine and beer making experience. With Daisy’s passion for working with people, she maintains excellent client relationships and assures their customers have the best possible experience. In her spare time, she likes to travel with friends, exploring as many countries and cultures as she can.