We are continuously innovating, moving towards a paradigm shift of the digital age. We have laid the foundation of a new world for our generations to come where things tend to happen with the click of a button. With all of these up-gradations in how we implement technology into our daily lives, we have also created a few sectors which have seen immense growth in the last few years. One of few industries is the global rental industry which has witnessed a prolific surge in the previous decade and still has massive potential in the years to come. The global car rental market which was valued at $87 billion in the year 2014 is seen to grow at a cage of 17.52% between the period of 2018-2022. There are a number of factors which could have triggered the trend of renting stuff for the utility of it and not buy it, however, one of the significant attributes of the 21st century can be seen as the power to relocate, see more of the world, work remotely and be sufficiently adjustable to the environment.

Moving through a century where a few people consider life as their single opportunity to do it all, i.e., spend lavishly, eat the best, drive the best and get more than you need. On the other hand, with a straightforward and transparent thought process that is called the minimalistic approach in which a person utilises anything and everything to minimalistically with the maximum usage. In simple words for a minimalist a mug can be used as a tea mug, a beer mug, water mug, maybe a noodle warmer or just as a utensil to pour soup or any gravy to maximise the utility with a single product. Both of the examples discussed above share a radical approach towards analysing how much one need in life and at what point should one stop and control their inner desires to keep owning stuff.

Are we Embracing the Rental Model

Indeed, considering the pace at the global rental market is moving on, it can be observed that the demand for renting stuff is increasing and people are breaking stereotypes all around the world. There was a time when people could only rent unique outfits for maybe a fancy dress competition for their children or to scare people off by borrowing spooky costumes on Halloween. The time has changed, and people have accepted the power of renting than falling under the lap of ownership which in some ways takes away their control of relocating and shifting things around accordingly. The new psyche has also intrigued entrepreneurs to start witnessing the gap that this industry is offering and hence various firms are implementing the rental model to their businesses. One of the fastest growing sectors that have seen a rapid surge in the last few years is the furniture rental industry which is currently on the rise and shines among all other rental industries. It can be understood merely if observed from a consumer’s point of view. A bed that can be rented from any of the leading names in the furniture industry is available for people to hire it from as less than 15 Pounds per month and whereas for anyone to buy a king size bed, they have to loosen up close to 1000 Pounds from their pockets to buy a new bed.

The rental ecosystem has given the new age consumer the power to rent anything from a lamp to a car to avoid the need of carrying stuff everywhere they go. This pushes us to envision a future where we don’t have to take anything even if we are relocating for more extended periods, maybe a holiday on the mountains where we don’t have to get our warm clothes or a world tour where we cross every country with a different vehicle.

Rent Anything, Rent Everything

There was a time when people felt insecure whilst relocating from their comfort zone to study, work, rehabilitate or might get a transfer to, and with more people accepting jobs that fall in different states or even different countries, more players from various industries the rental market industry and are offering to put everything to be borrowed by the consumers. It’s an era which started a decade ago with the inception of the app based taxi rental service providers which change the whole consumer interaction interface. This led for a vision to get ignited and burst crackles through a lot of curious minds. As the household incomes are increasing and as asked one-half of millennials say that they can live without most of the things they live with. The industry which was once limited has opened its horizons in the last few years, and many potential players are seeking growth in sectors which will be renting products that could not have been available in this industry before. A latter can now borrow from a microwave from a click and even rent a van rentals in Croydon, it’s a matter of interest and requirement, and anything to everything is or will be available in the upcoming years.

A Thought for the Environment

Every time anyone buys anything for just the sake of owning something and only just not for using it, it can be considered that they are overfilling the planet. Apart from the burning of fossil fuel, waste is a significant aspect where we have continuously been ignoring and not have given a keen eye to not become dependant upon countries such as China. In a move to present an eye opener to the world leaders, China recently announced that it would not accept any recycled plastic crap which was an industry that was born with the acceptance of Southeast Asia’s giant to recycle the waste of the world. It is time for more and more people to rent whatever they need and follows a smart vision rather than a temporary greedy approach to not analyze that what do you need and how much do you need. 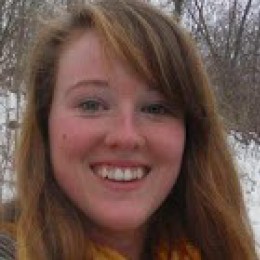